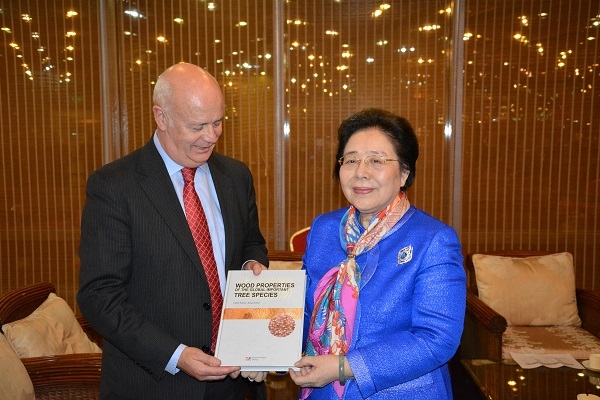 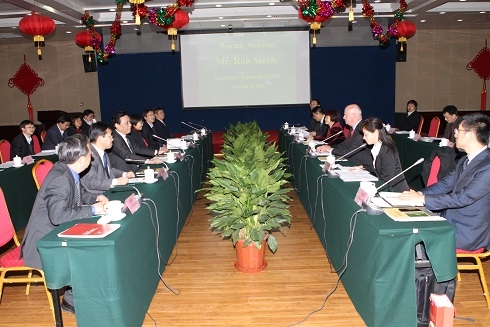 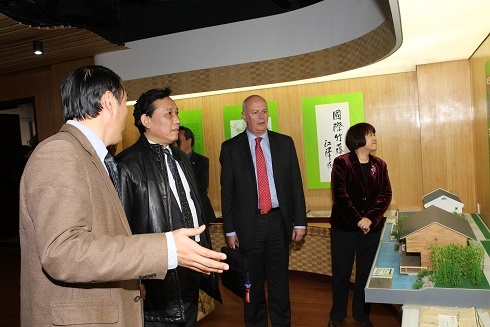 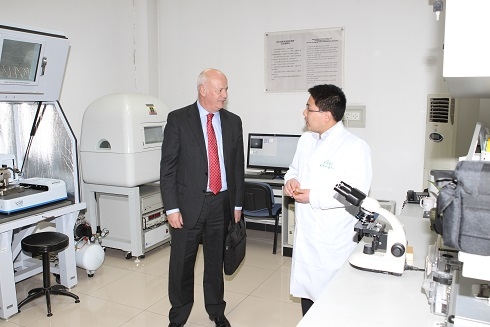 After the meeting, Prof. Jiang Zehui, Vice Chair, Committee of Population, Resources and Environment, Chinese People’s Political Consultative Conference (CPPCC), Co-Chair, INBAR’s Board of Trustees, DG of ICBR, met with Mr. Rob Steele. Prof. Jiang recalled the history of Chinese forestry standardization, introduced China’s market share in global import and export trade of bamboo and rattan in recent years. She wished that with the support of ISO, China could do a better job in promoting the standardization of bamboo and rattan, and to make a greater contribution to regulate trade and development of bamboo and rattan industries in the world. Mr. Rob Steele mentioned that China had done a lot of work in promoting standardization. It was quite feasible for China to apply for the establishment of a TC-BR. Later, both sides exchanged views on sharing and exchange of trees, bamboo and rattan resources, compliance of the application of a TC-BR, etc.