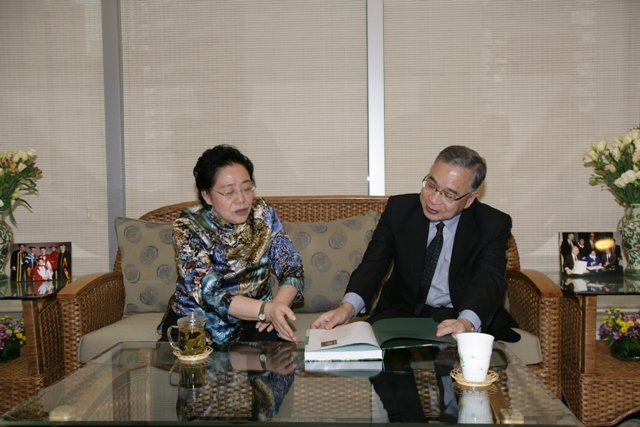 Madame Jiang Zehui extended her warm welcome to the Ambassador. She said that the two countries are close neighbors separated only by a strip of water, have a long history of cultural exchange, and profound friendship between the peoples. After the Wenchuan earthquake, Japanese government has provided kind assistance to China. Madame Jiang expressed her admiration and gratitude for the efforts made by the Ambassador.

H.E. Mr. Yuji MIYAMOTO expressed his heartfelt condolences to Sichuan victims. He hopes they could re-build their homeland at an early date, and the friendship between the two peoples evergreen.